Time for another guest post!  Today I welcome the wonderful Shaina Krevat onto my blog, who shares her methods for describing characters.

Check out her article below and if you have any questions, please leave them in the comments section for her.

Describing characters is always a bit of a balancing act. You want it to feel natural to the reader, but you also want them to internalize how the character looks.

There’s the “First POV character looks into a mirror and describes what they see” strategy popularized by My Immortal, but that’s a bit forced and stops the novel cold to describe the character. There’s got to be a better way.

Here are the ways I’ve found to naturally describe a character’s physical attributes.

Tie In Descriptions With An Action

“Mary had brown hair,” is stating a trait.

“Mary shook her brown hair out of its ponytail and frowned,” informs the audience of the same thing, but connects it with an action that allows the description to keep the book moving forward.

Here’s the published version of a scene from “Gertie and Bridget go shopping”:

A lanky man appeared at the railing of the second story and groaned. “What are you doing here?”

“I want the fez!” Gertie called back, holding up her phone.

“Oh, is that all?” He slid down one of the ladders and landed with a thump. Demetrius, co-owner and manager of the emporium, pulled at the bottom of his pinstriped vest and made his way to the door. “And I suppose you would like a discount?”

Here’s what it could have been if I stated his physical description outright:

A man appeared at the railing of the second story. He was lanky, and wore a pinstriped vest.

He made a face and groaned. “What are you doing here?”

“I want the fez!” Gertie called back, holding up her phone.

“Oh, is that all?” He slid down one of the ladders and landed with a thump. The man, Demetrius, was the co-owner and manager of the emporium. He made his way to the door and asked, “And I suppose you would like a discount?”

The first version reads a lot smoother. It also has the added benefit of being a lower word count, which is preferred. “Don’t say in fifty words what you can say in ten,” as the saying goes.

This strategy almost tricks the reader into learning how a character looks without them even realizing it. They don’t have time to stop and think about the information, they have to keep reading about what happens!

The Right Time To State Descriptions

I know I just said to avoid doing this, but bear with me.

If your POV character, whether you’re using third person or first person, is noticing a physical attribute of another character for the first time, the trait can be stated.

From my short story “Gertie and Bridget doodle in class”:

Bridget walked into the cafeteria and saw Gertie sitting at a table with an unfamiliar girl. They were laughing.

“Hi,” Bridget said, as she took a seat at the table.

Gertie tilted her head pointedly to the girl. “Bridget, this is Vivien. Vivien, this is my sister.”

Bridget could see that Vivien was half a head taller than Gertie, even though they were sitting, and her legs under the table reached the opposite bench. She wore a loose hoodie and jeans, seemingly comfortable despite the chill in the air.

Bridget (the POV character in this scene) is just meeting Vivien for the first time, so she takes note of her description. This is great for introducing new characters, but is also works when something is abnormal.

From “Gertie and Bridget go to graduation”:

On their way to the football field where the graduation ceremony was being held, Bridget, Gertie and Vivien came across Faye and Peter Nessing, talking between themselves and looking quite concerned. Peter, as a soon-to-be graduate, was wearing his graduation gown and holding the tasseled flat cap in his hands.

The fact that Peter is in graduation garb tells the audience something, namely that he’s about to be graduating. And that he should be at graduation, but isn’t for some concerning reason.

Sometimes people describe other people. This is a great way to get information across about your POV character without it feeling forced.

I ran my fingers through it nervously. “Really?”

“Yeah.” Maria sighed and tossed her purple locks over her shoulder. “I wish I had blond hair. It would make dyeing it so much easier.”

Alternatively, your characters can discuss another character’s appearance.

“Did you see that tattoo?” Jenny’s hushed whisper seemed to reverberate through the library, and I was glad Brad had left.

“I can’t believe you were flirting with a guy with a tattoo.” Jenny collapsed on the chair next to me and kept talking before I could protest her accusation. “The way those symbols were rolling on his bicep…Do you think it was magic?”

Make sure that there is a reason that the characters are discussing appearance, though. You want conversations like this to be short and transition easily so that the reader doesn’t get bored.

There are plenty of ways to fit in character descriptions. I know that Tamora Pierce tends to describe her characters at the start of a scene as a sort of proxy for a wide shot in movies, before narrowing in to their third person limited narration.

Some authors are actually able to make the “POV character looks into a mirror and describes themselves” strategy work!

I think the important thing is to be mindful of tone and pacing when it comes to physical descriptions, and get plenty of feedback from beta readers.

What strategies do you use to describe your characters? 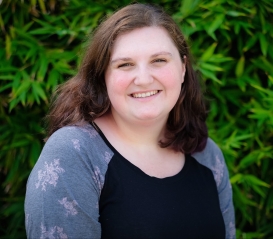 Shaina Krevat is a software engineer at YouTube, which is kind of her dream job.

She graduated from UC Berkeley with a BA in Computer Science, several best friends, and five full-length novels that she put on indefinite hiatus.

She has spent her time creating fiction (mostly fantasy) in the form of short films, books, musicals, songs, and most recently short stories, like the ones found in Tales of Mundane Magic.

Her first book, Tales of Mundane Magic: Volume One, is available now and Volume Two will be out in June 2019. 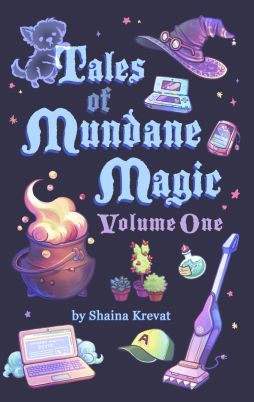 Nothing too strange ever happens to Gertie and Bridget Mallon.

The sisters don’t have magical adventures fighting off dark lords or saving the world.

Gertie spends her time learning the skill of enchantment, and Bridget has the ability to see things no one else can see with her left eye, which was bewitched in an accident many years ago.

Sure, they attend Flories Boarding School, where Gertie takes a potions class and Bridget plays basketball, and the occasional magical anomaly takes place, but who doesn’t deal with the occasional poltergeist or curse?

Life is relatively calm for the Mallon sisters, but things might not be quite as mundane as they appear.

17 thoughts on “How To Sneakily Describe Characters By Shaina Krevat” 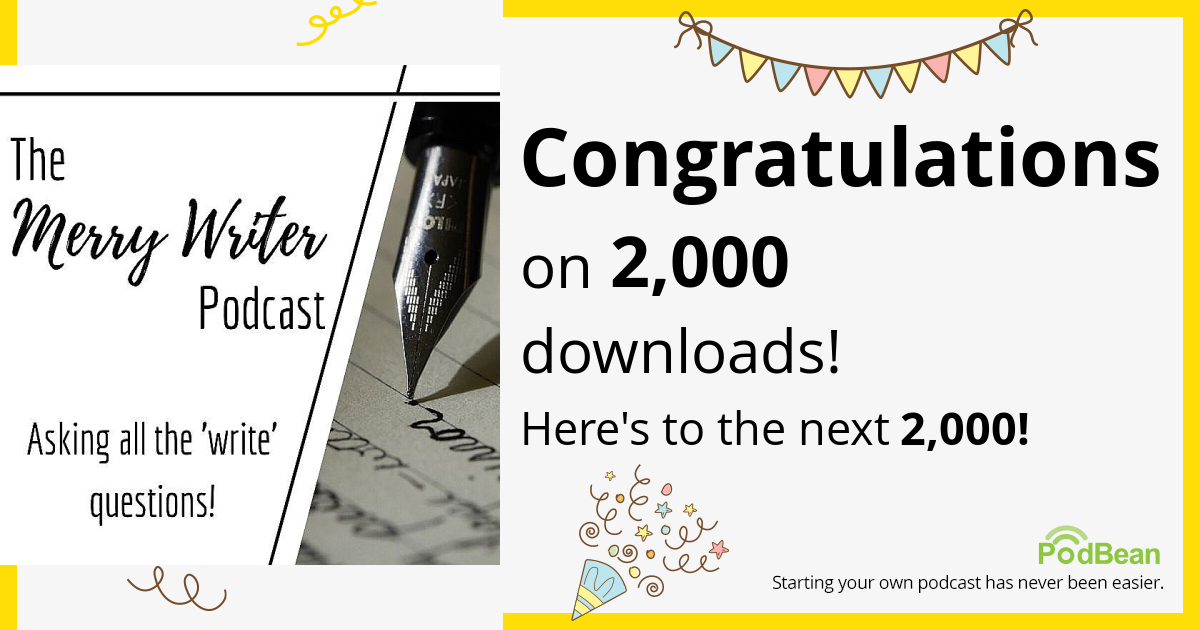