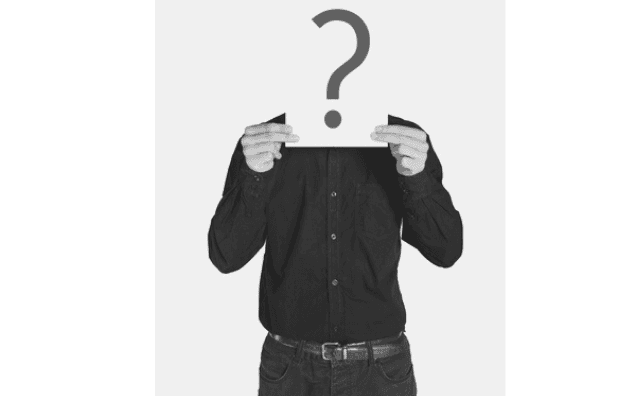 Once again I have been harassing other writers to guest post on this blog. This week’s guest is the lovely Cass Alexander, who talks about whether to use a Pen Name. Enjoy! 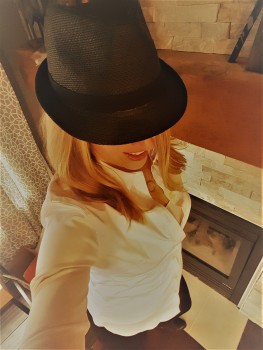 My Name’s Not Cass, But You Can Call Me Cass

Prior to publishing my first romance novel, my husband and I debated whether I should publish under my real name or use a pen name.

Marketing, in the short term, would be easier if I used my legit name because I know lots of people.

And, let’s face it, it’s pretty damn cool to see your name slapped on the cover of a book.

But, in the end, I didn’t have the balls to use my real name. Like all healthy, well-adjusted citizens of the world, I blame societal pressures.

A big part of the reason I shied away from “real me” being out there is because I have been a public-school teacher for over a decade. Shocking, I know, especially to anyone who has read Cass’s Twitter feed. Cass Alexander has a platform and can say whatever she wants. It’s quite liberating. School-Teacher Lady does not have that freedom.

Can you imagine if my students knew I wrote a romance book? Not just romance, but a book with super-funny-non-filtered quips and super-hot-not-your-momma’s sex scenes? Or worse, if their parents knew?

Or, lord help me, someone high up in the district read the book?? I’d be crucified for printing a book with characters that drop f-bombs like it’s their job. I’d also confuse some of them, I’m sure, with words like ‘twatwaffle.’ Side note: the urban dictionary is pretty damn useful.

An even bigger part of the reason why “real me” isn’t on those books is because I have two sons that are way too young to know the content of these books. I really don’t need little Sergio (fake name) showing up to his second-grade class talking about Mommy’s dirty book. Although, it might be worth the laugh when I recount the story at parties. Kidding! Sort of.

But, seriously, what if one of their friend’s parents knew? And, worse, said something to my child? I know for a fact there are at least two families that would not want my kids around their kids if they knew. As I’m writing this, I’m wondering why we let our kids hang out with assholes. I suppose it’s because the kids aren’t assholes. Just their parents.

After I decided I did, indeed, need a pen name, I reached out to my brother. He’s a creative-type and good with words.

He also insists I call him The Prince of Darkness (long story). We have very similar tastes and I knew he would help me find a good name. After a series of texts, most of which were suggestions like Adolf Titler and Ilicks Bigtits, he threw out Cass Alexander. I liked it. I put it on my book that day and published that evening. Side note: I have zero impulse control.

The problem, at that point, was that nobody knew who in the hell Cass Alexander was. I took zero time to build a platform. I didn’t have a Twitter account.

I had no idea how to let people know about Cass Alexander without revealing that I was Cass Alexander. I’m still wrestling with this issue a year later. I knew, in order to get my first readers, “real me” would need to reach out to some friends.

Since the series I wrote was loosely based on the small liberal arts college I attended, I started with a small number of my sorority sisters that had wicked-awesome senses of humor and who would not judge me for trying something new.

I was, after all, a business major in college, now teaching computer science to high school kids. No one was thinking, Oh, of course, Teacher Lady wrote a book.

I told my little secret to them and they bought the book. And, surprise, they liked it! In my brain, the logical progression was that word-of-mouth would spread like wildfire and I’d be seeing thousands of downloads any day. That is not how it works. Not even remotely close.

Even with telling a handful of people, I needed to build a platform to get my name out there. So, I spent some time making profiles for Cass on Twitter, Facebook, Instagram, Tumblr, and Pinterest. I also started a blog. It’s been a slow process, but I’ve learned some things along the way.

Using a pen name is like wearing a “life” condom. It protects you from the unwanted consequences of your actions. For example, my kids don’t get teased about it. If my books were getting terrible reviews and low-stars, the world at large wouldn’t know it was Teacher Lady getting those ratings. Also, Cass has freedoms that Teacher Lady does not on social media.

Building a social media presence before a book is released is imperative—pen name or not. My first novel has had more downloads this year than last because I’m just now getting it in front of larger numbers of people.

Fake personas can be more popular than real personas. Teacher Lady has 20 followers on Twitter (yeah, yeah, I know that’s pathetic). Cass Alexander has close to 1,100. I have to honest, that one hurts a little. Why won’t people follow Teacher Lady back??

I can put people I dislike in my books and nobody would know. If I wrote under my real name, people might figure out I put their personalities in the book. Shit would get awkward, real fast.

If you’re an author considering a nom de plume, you need to think about these things. There can be some real benefits to using a different name, especially if you have a situation similar to mine.

But don’t do it simply because you’re afraid of how readers may react to your book. If you only want a pen name for that layer of protection, it’s probably not worth it. It’s way more work living a fake life online. 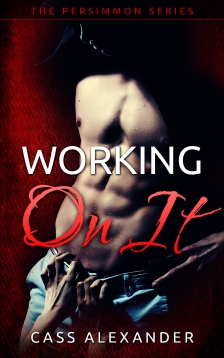 Working On It, Book 1 of The Persimmon Series:

Meet Rebecca Banks.  Intelligent.  Inexperienced.  In trouble.  She wants someone who already has the perfect girlfriend.

But when Evan decides to end his long-term relationship, will Rebecca be brave enough to take a chance on him?

Can he see past her shortcomings?  Can she?  Rebecca’s got a long list of flaws.  But she’s working on it.

Buy it on Amazon

Big thanks to Cass for guest posting on The Eternal Scribbler and giving us an insight into why she chose to use a Pen Name.  Please make sure to check out her links, remember this is all about sharing the love. If you have any questions for Cass please drop them in the comment section below.

Don’t worry if you are new to the blog, comments are set to moderator approval (in case you wonder why your comment hasn’t appeared) just helps me keep the creepy weirdos at bay 🙂

For more info on pen names, check out my post Using a Pen Name.

I am officially back from my loooong hiatus following the move and as you can see, so expect my usual blogging schedule to commence (Friday’s 18:30 GMT/BST)

Hi, I’m Ari.  I write mostly fantasy and sci-fi.  Meaning I spend almost no time in reality. Though I do visit it on occasion.