Whether you are writing a novel or a short story you need to know exactly what your main plotline is.

This is the spine of your story and from which all other pieces hang.  So it pays to take the time to work it out.  Let me talk you through how you can build this plotline. 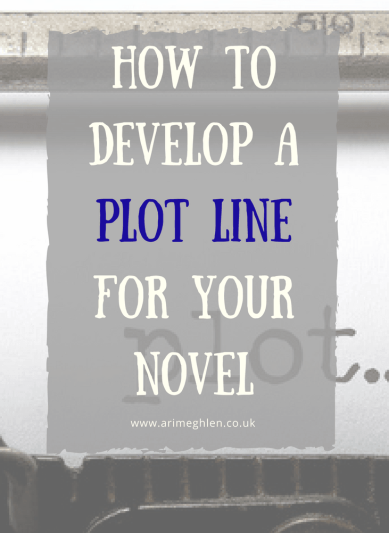 What is the Main Plotline?

The Main Plot is the most important, singular thread that runs through the novel/story. You may have character ideas or scene ideas but eventually, you need to think about a plot.  I recommend that you do this sooner rather than later.

If you don’t have a solid plotline yet, the best way to do this is to list your main characters and then decide what their individual main plots are.

Are they all on the same quest with the same ideas/goals or do some of them have their own goals?

To help show this, here’s an example:

Other Detail
Taldor – The largest city

Maybe from this list, you decide Vivian is the MAIN character and her storyline is the driving force of the book.

However, each of the other characters has their own storylines that need to be told so these would be subplots.  The main story is where all the threads come together.

So it is the main character’s plotline that needs development.

Using the example above, let’s look at the possible plotlines:

Vivian’s former master Rayn has travelled to Taldor, where he will poison the Royal family and the nobles.  With these higher powers gone, the peasants will be easier to control and he can rule.

Vivian overheard the plan and is following him, but the master knows this and has her arrested in one of the towns.

Eric is travelling to Taldor where the five-year tournament is being held for new blood to show themselves and possibly become knights. (Here we are tying him into the main story by having his destination the same as Vivian’s)

Luke’s twin brother Torris is missing.  Torris joined a clan of thieves and has not been heard from since.  Luke is visiting local towns where he has heard sightings of his brother.

During one of his visits, he gets arrested by mistake as the local guards think he is his brother. (Here he meets Vivian in the jail when she was arrested).

From this example, we have three characters each with their own plot but we have decided that Vivian’s is the main plotline.

The above is your story skeleton, the bare bones of an idea that gives it form and structure.  To get it solidified, you may need to write the plot in bullet points.

Keep it basic and remember this is just the simple threads and always remembering that Vivian’s is the driving force.

It can help to do each character plot at a time (especially if there are parts where the characters are not together.

As you can see from the above, you will eventually have a very basic list of plot points.  If you did this for each of the main characters you can then begin to intermix them all.  So you end up with a full list of bullet points.

The Meat of the Story

Now you have your bullet points for the basic storyline, you can start to write it but be aware that this still needs “fleshing out.”

Personally, I would continue to work on the plot, figure out reasons such as why Vivian wants to stop her Master and how she plans to do it.  Is there another goal for this?

For example, are the royals planning to abolish slavery thus earning her true freedom so she needs to keep them in power?

The best way to build on your plotline is to ask yourself questions.  These questions will allow you to add new dimensions to your story.

These are just a few possible questions you can pull from the above examples.  If I answered these (see below), you will see I could develop the story on a deeper level.

Vivian is sold to slavery by her mother who needed the money to raise her other 6 children.  Vivian took the burden from her mother and volunteered so her sisters would not have to suffer the same fate.

Rayn was born to the late king out of wedlock, his mother is a lower noblewoman.  He sees himself as a true heir because the king’s son to the queen (who is now king) is younger than him.

Luke’s brother left home due to the debts he had accrued to a shady man.  He feared they would attack his family to force his hand so he fled so that they could not use his family against him. (Did they anyway?)

Eric wants to be a knight because his abusive father always told him how worthless he was.  The highest role a commoner can achieve in society is as a knight.

Knighthoods are only usually offered to men of noble birth, however, in the first year of a new king, every one of skill is given the chance to show themselves worthy.  This is Eric’s only chance to prove himself.

It is by planning the basis of a plot and then asking yourself questions that can help you build on a storyline.

As you do this, more questions may become apparent.  It is from these that you can turn a basic plot into a multi-layered, multi-plot book.

This is a simple look at plot development, I will post a more detailed plot tutorial at a later time.

Do you have any tips for creating a plot?

2 thoughts on “How To Develop A Plotline For Your Novel”