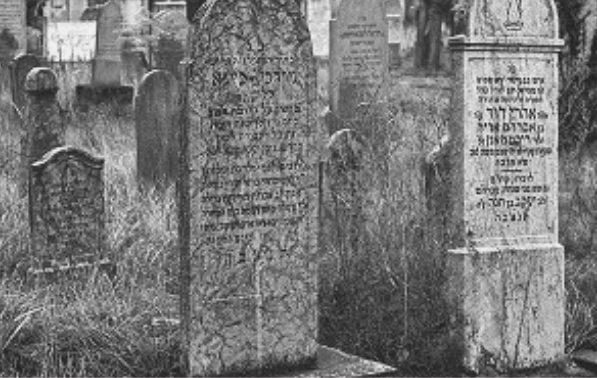 Since my last tutorials were about fight scenes and battles & wars, I thought it might be prudent that this one would be about killing off characters.

Not the favourite topic of writers as we’re not always too keen to give them the ol’ heave-ho from their life.

The Voices in your Head

Many writers state that they are extremely connected to their characters.  This is not surprising, as writers, we build worlds, we create people and imbue them with a form of life.

We let them live in our heads and think on them often.  How can you not become too connected to people who live with you that closely?

Often I have day-dreamed into my written world, found myself sat on a log watching my characters around the campfire as they swapped stories.

Whether any of this gets written is a different matter because it is all designed for me to learn more about my characters, to see them react and feel how they feel.

We begin to know them intimately, their moods and habits, their loves and fears. We can read their facial ticks and subtle body poses.  We know what isn’t said, what churns them up and what brings them joy.  So again, why wouldn’t we become connected? 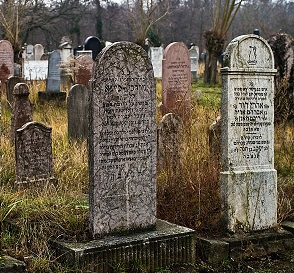 Then the story takes a turn and a death is required.  Suddenly someone important to you has to die and you aren’t watching it, you are writing it.

Most writers have fallen into the trap of allowing one of their characters to miraculously pull through.

It can work and can be what is needed. However, it can also turn a powerful and emotionally gripping story into something that just doesn’t have the same bite – the same “reality”.

Some of my favourite novels have deaths in them, usually a member of the main cast.  I can get so invested in these characters, that even as I re-read the book there is that tiny irrational part of my brain telling me that THIS time it will end differently and they won’t die!

It is always a good idea to know if a death is required.  If you are writing fantasy and there is a war or a battle or a plague then someone has to die.  It would be pretty weird if no one succumbed.

It is all well and good flinging non-characters into the breach to perish but even Star Trek knew they couldn’t get away with only sending red-shirts to die throughout the series!

Every now and then one of the main characters have to perish and it would shock us (especially if they were stood NEXT to a red-shirted ensign!)

Good writing is about emotion.  It is about anger, hate, joy, humour, love, passion, fear, sorrow, jealousy, anxiety, compassion… readers will cling to a story, ride alongside the heroes, watch the villainy over the shoulders of tyrants and FEEL so many things.

To Kill or Not to Kill

That being said, don’t just start chopping down your characters randomly.  There needs to be a reason for the death

It doesn’t have to be some all powerful prophecy that comes to pass.  If there’s a war or plague and your main characters are involved or even just passing through how likely is it they will get through unscathed?

Even the strongest warriors tire eventually, even the best archers can be caught by a “lucky shot”.  Make sure there is some reason for the kill.

Where they always a target?  Was it an accident?  Was it self-inflicted?  After all, a character may be struggling more than the other characters even realise.

As well as a reason for how death occurs, you also need to make sure it works for the plot.  Is it a trigger that another character needs to step up and fight?  Is it the catalyst that steals the strength from the hero and leaves him/her vulnerable?

Anything connected to your main characters should either move the plot or define/develop the character and/or story.  A death is no exception.

Maybe not kill everyone

I think Game of Thrones has made this trend popular and I’ve seen it start creeping into other writers’ work.

However, be aware that eventually readers can become tired of the constant death that it loses its shock-factor, loses its connectivity to the reader.

Don’t bring back characters who you’ve killed off just because some readers liked them so much.  Unless of course you had already planned for this miraculous resurrection and explained it well.

However, you can usually tell the storylines where the writer caved to reader comments and suddenly brought back a dead character under some very flimsy pretense.

It is up to you as the writer to make the decision on what happens in your book.  You want a miracle, fine, plan for it.  But don’t just keep all your main characters popping up like they have extra lives in a video game!

Remember even if you have readers who love characters, the character’s death will be an emotional roller-coaster for them.

It will rarely have them turning their nose up in disgust at your work and vowing never to read it again.

In fantasy stories, there is usually some evil or darkness or tyrant around.  There is usually a challenge or a quest or a journey.  These are not picnics in the park, they are difficult and they will tax your characters.

They will push them to their breaking points and beyond.  Some will emerge as a better person, stronger, wiser.

Some will emerge broken, shadowed and scarred forever. Others will not make it at all.  It also adds a taste of realism.

The death of a character is not a singular event.  If you decide that one of your main entourage has to perish then it’s not just the slicing away of their life.

These are just some questions you might want to think about when dealing with the aftereffects of the death.

How about the one who killed them (if it was a death like that)?

Maybe it was nothing as dramatic as murder and nothing as expected as war.

There’s also the idea of suicide, that a character was struggling and couldn’t carry on.  What would the family and friends feel?

Then there is what the death does to the plot.

You don’t just have to show the ripples that come from the death in those connected to the character or the incident itself.  What about those who happened to see it but where not connected, never met the character.

Understandably, I have known writers who didn’t WRITE the actual death scene, unable to put their characters through that.  Like sex scenes, these can often be just hinted at while we don’t need to hear the death rattle or the fall of a guillotine blade etc.

However, if you are fine to write a death scene (and it works for the novel) there are ways to do it.   As always, consider the mood, the character who’s dying/dead, the other characters around.

How would they react? Remember not everyone will react the same nor do they remain in their normal ways. E.g. a calm rational man may become hysterical when his brother dies!

If you do write a death scene decide if you want it to be on the soft side or more real. Death is not dignified, bodily fluids are released when the muscles relax.

Bodies begin to decay and smell pretty quickly so will you have your dead character remain in the camp while the others drink solidly in his/her honour for five days. There will be insect activity, a change of appearance etc.

If you want real then think about researching topics like rigor-mortis or lividity these can help to create a more real sense and will give you a better description for the more gruesome aspects… again only if this works for your story.

My grandmother often told me about my grandfather’s death.  It was swift, one minute washing the car ready for a holiday next minute dead.  The cause was shrapnel in his body from the war that couldn’t be taken out due to its location.  It had moved.

Anyway, his body was put in the house while they waited for it to be collected.  While sitting in the living room (the body under the window).  My grandmother received a fright when his body groaned and partially sat up.

The cause?  Gases in the body built up due to the bacteria (such as those in the gut that don’t die the instant people do) breaking down stuff still in the body and increasing the amount of gas.

Now researching death and dying is not exactly something enjoyable but again it can give you knowledge of what does happen and then can be built into a story.  Understand this isn’t a lovely topic and there are things you might not want to know.

Do also consider your audience, depending on who you are writing for, there are things your readers might not want to read.

Remember many death rituals like the Wake/Mummification etc came about due to ignorance of what happened in death.

Maybe so nothing unholy could claim it?  Maybe as a form of purification?  Maybe to stop the spread of disease etc.

Some cultures used to put coins on the deceased’s eyes, a payment to the Ferryman.  Others cover the mirrors.  Some open the window so the soul can leave.

What are the rituals and traditions you may come up with when your characters die?  These are all additional thoughts when a character is killed off that you can add/think about if you feel the story would move along / benefit from such detail.

However, there is also no problem just making it quick, clean and focusing only on the emotion of the dying and the grieving.

Something that can be quite good, especially if you write series’, you can have a series where there is a story or legend about a character (who will obviously die eventually – unless they are immortal but let’s skip that for the sake of this thought).

This “myth” or “legend” of the person could shape the culture or the laws or the ideals for people.

Then in the prequel, you could write the story of that person.  This would be interesting because you could show how easily histories are written by the victors.  How stories change and mould and so the legend may be of some wise and powerful king.

However, the truth may be that he was more of a tyrant and those decrees that came from the Royal house were actually written on the day of his death (before anyone else knew) by a trusted adviser who believed in change and forged the signature and royal stamp.

In the end killing of a character needs a lot more thought than just “chop, he’s dead”.

I hope you found this tutorial helpful whenever you’re ready to start wiping out some characters.

So do you find it easy or hard to kill off a character? 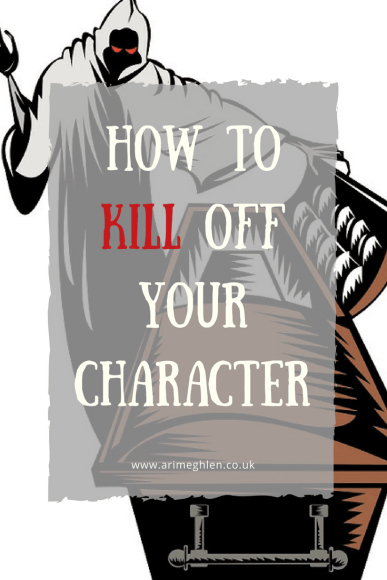 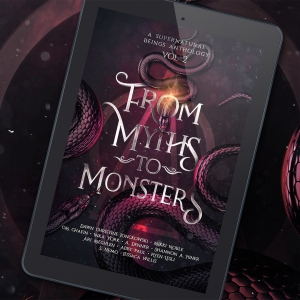