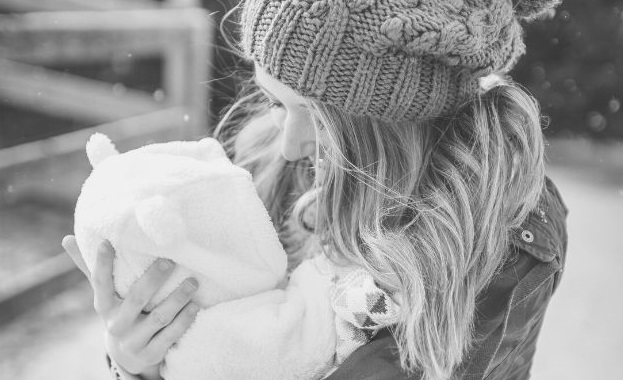 This is part of the series of blog articles called “A Writer’s Guide…”, check out this article by writer R.H. Hammer on being a Teen Mom.

Being a Teen Mom

Being a teen mom is nothing like MTV portraits. I was not a kid who thought I would just do this, think it’s all romance and not getting the consequences. I knew I would have to grow up quickly if I wanted to do this.

My boyfriend at the time was 5 years older and had a good-paying job. I was in school when it happened when life happened. I wanted to become a psychologist and had that as my life goal.

Instead, I became a mom.

I was 17 when I gave birth to my daughter. From the moment I knew I was pregnant, I changed from a kid to an adult.

We got ourselves a house and I went from a girl going to school to a grown woman running a household.

Becoming a (teen)mom made me want to prove to the world I could do this.

How? Well, my stupid 17-year-old self didn’t want help from other grown-ups because well I figured other moms do it alone and thus should I.

It resulted in me never asking for babysitters. Everything I did, I planned around my little girl and my boyfriend’s job so we wouldn’t depend on others because well isn’t that what grown-ups do? Do it all alone?

Since I never wanted people to say look at that kid with a kid, I made grown-up decisions every second, trying to prove to no-one, in particular, I was, in fact, a woman, a Mom, and not defined by the word Teen.

This means not going out (ever). Always trying to have a clean house and a happy baby and soon a part-time job at night.

The only thing I hated was my actual age, and thus I tried to avoid talking about it thinking that was the part that made me young.

It worked out for a long time but as with most things you never got to do, regrets started to seep in.

It started to dawn on me that I would never go out and get dead drunk with friends. Go home with the wrong kind of guy and regret it in the mornings, go on road trips or just vacations in general like my friends did.

Their stories became my dreams at night as my teen years were filled with poo diapers and cries.

With juggling work and a baby and a household, while also having a boyfriend to keep happy, my friends started to come by less and less. I mean how much fun is a screaming toddler?

Plus they had free time while my free time was me, half dying of exhaustion on the sofa at night.

My fun was me, taking a sneaky nap during the afternoon sleep of my baby girl.

I think I pretended a lot and became a master in pretending.

I didn’t want anyone to ever think I was unhappy, because was I really?

I was just jealous of the care-free lifestyle my friends seemed to have.

Some days I just wished to walk into my home and it would be just that, MY home. No one there to take care of, no dirt or junk that other people made and I had to clean for them and no one to think about but myself.

But I never gave it more than thought because it was depressing at times.

Putting myself last made me forget who I was…Who was I other than a Mom?

I evolved from kid to Mom, no stops in between. My life was put on hold and I had no idea who I was and what I loved or hated. I wasn’t this powerhouse before becoming a mom.

I was a kid that had no responsibilities other than cleaning the cat litter box and went from that to taking care of another person and making sure they made it through the next day without too much scarring from the thing called Life.

I wish people would have told me having a kid and being a mom isn’t as fulfilling as most want you to believe it is.

It’s hard work, every day, for almost no praise. Not just for a teen mom but all moms.

But as a teen mom you give up a little more, I guess.

I wish people would have said it’s nothing like the romance movies you watch, where the guy treats you like a princess and the kids sing their Do-Re-Mi’s next to you while smiling and doing the dishes.

But most days, you get resentment, tantrums, puke, spit, poo, screams and oh yes, the: “You just don’t get it.”

You pour all your time, money, effort and love into a vessel and hope it was enough to get the right outcome, which is a kid that can stand on their own two feet and knows it’s loved no matter what. A kid that respects others but never forgets to respect themselves too.

But of all the things I did in life, I do believe that if you hold on long enough you will see the results of all you put in. I am now a mom of 3 amazing kids. 2 of them are from my boyfriend back then. Yeah, that didn’t last forever, as I thought it would.

My naive thinking that being the mother of his kids must give me a god-like status in his mind turned out to be another fairytale that was built upon lies.

He left after 13 years of us being together and never looked back. He never took being a dad as seriously as I did I guess. Don’t worry, I had enough love (and brains by now) to know we all are better off without him.

We talk about it sometimes because she can’t imagine being responsible for more than her work and school and cleaning her room.

I always told her I have no regrets of having her so young but that doesn’t mean I wish it upon other girls.

Yes, it’s nice to still be young today and get them more because you are younger. But believe me, missing out on any part of your life is never a good thing, no matter what you get back from it.

Regret is an evil thing that creeps up on you from time to time and the loss of youth will always be a loss I will mourn inside myself.

But the smiles and love, even the tantrums and poo and all of the above, I now know to cherish it as it becomes memories of the past.

If you have any questions about being a teen mom just ask, I am an open book and love to help out my fellow writers.

R.H. Hammer is a writer, cook, and mom of three, living in the Netherlands.

Ever since she could read, books would surround her.  Creating a fantasy world where she could be whoever she wanted to be.  She started to pursue her writer dream in 2018.

Her work includes mostly Fantasy, Romance and Urban Fantasy, all sprinkled with a dose of her own humor.

Some of her work includes Magic Amongst Us, The Cauldron, Change of a Lifetime and Reapers, all still work in progress.

She is also drawing up an Encyclopedia to connect all the creatures from her worlds.

R.H. Hammer loves to connect with others through Twitter, so please don’t be a stranger… but do stay strange.

Do you have knowledge of a skill or occupation?

Would you like to be part of the Resource Team?

All the “A Writer’s Guide” articles will be linked to their new page for easy access.  I hope you enjoyed this article and if you have any questions for R.H. Hammer, please drop them in the comments below.

Leave a Reply to The Story Reading Ape Cancel reply