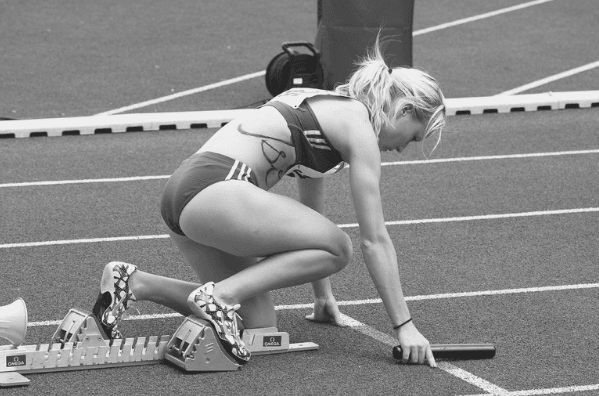 Are you ready for another Monday Marketing post?  Good, because here it is!  🙂  Today I want to discuss that insidious habit we all have of comparing ourselves to others, specifically in regards to Marketing.

Comparing is not all bad

Let’s start off with a quick reminder that comparing ourselves to others, isn’t all bad.  After all, if we do it objectively, we can use it as a learning tool.

Though this can be useful, it’s all too easy to get swamped in self-doubt and jealously and neither of those things are good for you.

Comparing is not all good

One of the reasons comparing ourselves to others is so detrimental, is that most often we are comparing our “beginning” to someone else’s “middle”.

I see it time and again, often with new writers who lament how their marketing tactics are failing whereas [insert more prominent author]’s tactics, that are similar, are working great.

This is why comparing is insidious.  It blinds us to many things.  Take actual writing.  I know several writers who churn out multiple books a year.  I would love to be able to do that.

The likelihood is, we don’t have the same variables in our lives, not to mention our differing personalities and abilities.

I know writers who can write at any time of the day, during any amount of noise and distractions… that gives them an edge I don’t have.  Some have incredibly organised time management skills.  There are so many reasons for the differences.

So I don’t compare my output to them or anyone else for that matter.  It does nothing to benefit me sitting here, comparing myself to others.

Not everyone’s Marketing is the same

I’ve seen writers compare marketing tactics of authors who aren’t even in their genre.  This is ridiculous.  Different genres, different target audiences, different types of books (stand-alone / series etc) can affect how a book is marketed.

Also, what works for one author might not work for another for other reasons.  Say you know an author who writes the same genre as you.  They do a Virtual Book Tour and it’s a raging success.

So you decide to do the same and yours completely tanks.  Why?  You did everything they did.  So it should have worked, right?

Because in the end we never know EVERYTHING about someone else’s strategy, their following, their system etc.

That author could have done a lot of word-of-mouth marketing you didn’t know about.  Maybe they have been building up a following longer than you have.  Maybe they chose a strategic date that had an effect. Maybe the majority of their followers are in a different timezone that was taking into consideration.

After all, everyone keeps some of their strategy private.

Work out your own system

The best advice I have is to stop stressing about what other people are doing and how well it’s working for them.

Develop your own Marketing Plan, come up with ideas or learn from other authors but track your own progress.  Don’t get caught up on comparing your results to theirs.

If something doesn’t work, analyse it.  Was it the wrong venue/location/social media for your target audience?  Did that type of marketing technique require a larger following?  Have you missed a vital step?

Treat any marketing tactic, that doesn’t deliver, as a chance to re-strategise or a chance to try something new.

As a writer you will (I assume) write more than one book.  So you have plenty of time to figure out what works for you and your audience.

I’ll start it off, I 100% have compared myself to other authors, often fully-published, well-established authors.  It was a very bad habit I picked up years ago but I have worked hard to stop myself.

So be honest, have you ever found yourself doing a little too much comparing?

Meaning I spend almost no time in reality. Though I do visit it on occasion.

We do not share personal information with third-parties nor do we store information we collect about your visit to this blog for use other than to analyze content performance through the use of cookies, which you can turn off at anytime by modifying your Internet browser’s settings. We are not responsible for the republishing of the content found on this blog on other Web sites or media without our permission. This privacy policy is subject to change without notice.