Today we welcome back writer Victoria Masters who was on this blog before sharing her knowledge of being an opera singer.

Today’s guest post article discusses how to work with another language when writing.

I once read a book in Russian in which the main character spoke English to another main character. I, as a native English speaker, was immediately interested. Here’s the problem: I had no idea what the English was supposed to mean.

And the this is, I’m really, really good at knowing what Russians mean in English. That’s what happens when you work as a translator and proofreader in Russia for three years. The fact that I had no idea what the English was supposed to mean is every author’s nightmare. And it immediately made me panic about my own work.

I have a manuscript written in English, but set in Russia. The protagonist (like me) is American, so I couldn’t take the easy route of just telling people it was another language, in the vein of so many period dramas with inexplicable British accents. But I speak Russian, so I wasn’t too daunted by it.

Until I started querying, got anxiety, started work on a new project and ended up making one of the main characters speak Spanish, which is not one of the languages I speak. And there began a whole new wave of working with a new language.

Working another language into your text is difficult, but I think I’ve done it enough times now to have earned my stripes. A lot of it comes down to being attentive and putting in the work.

I feel so much joy when I see any of my languages represented by authors I love! It’s an amazing feeling. So don’t be daunted by the fact that it’s hard. Just think of it as an excuse to learn something new.

Here are the steps I follow when working another language into a manuscript:

While I understand that not everybody can up and move to their country of choice like I did, taking a class will be SO beneficial to your understanding of the way a culture operates and in turn the way you represent it in your book.

Did you know that the Russian word for “red” comes from the same root as “beautiful”? Red, a color associated with anger, blood, and conflict in the West, here denotes peace and good tidings like the red berries that pop up against the snow in the winter.

Or, for example, that the Chinese word for “family” and “house” are the same, and it depends on context to know which one is which. I didn’t know that before I began to really study my languages, and it really influenced my understanding of the culture and a lot of the characters I write.

You don’t have to become fluent. You don’t even have to regularly attend. But put a bit of effort into understanding where the language comes from and why it sounds that way. I promise, it will make your writing so much better.

The internet is an amazing place. Google Translate is not one of those amazing places. While it has helped me ask how much something is in Japan and Greece, trying to use it to create grammatically complex sentences is not a task it’s up to.

Seriously, go get a dictionary, even if you have to order it online! Dictionaries not only usually have grammar and context provided, they have the benefit of being written by native speakers and reviewed a million times – Google Translate is not.

I’d recommend seeking out people for language exchange on apps like Meetup or even getting involved in local communities and events. And after all, what else is Twitter for? Not only will you better represent a language and culture, you’ll probably make friends!

When it comes to the actual writing of another language, there are a few really important things to consider. The Russian words in my book are all chosen with purpose and care.

They either communicate something that can’t be accurately translated into English, or they communicate that my main character is experiencing something she can’t understand – and so neither can the reader.

These moments serve to remind us that she’s in a strange setting, forcing us out of her perspective and reminding us that she is the Other here.

By placing another language in your book (presumably, one you don’t expect your intended audience to speak – diaspora stories are something I’m not qualified to write on!), you are placing them on the outside of the experience. Ask yourself what that adds to a scene.

When I edited my first draft, I had a lot of words sprinkled in that didn’t need to be there just to establish the setting. They dragged the manuscript down and tripped me up when reading.

The setting had already clearly been established, and in fact, by placing so much Russian in the book, I was drawing the reader further away from the main character instead of closer.

Each word in your book serves a purpose, so make sure you’re placing them purposefully.

Transliteration and specifically italicization in works have come under some scrutiny in recent years due to the fact that they “other” the language. I don’t feel like I’m at a position to say what is or is not appropriate in that case, but I can explain the decision I made.

I chose to transliterate and italicize my book as a method of making it crystal clear when Russian was being spoken versus English. The Russian words are used sparingly, and I know that most of my audience won’t be able to read Cyrillic.

I could have kept the Russian letters if I wanted to, but to be honest, that really messes up how I type since my fingers will naturally gravitate towards the Russian keyboard placements instead of English after switching back.

Whether or not you choose to transliterate is up to you. What I’ll say is this: conversation is primarily about reaction.

If you want to use a different alphabet or not bother to explain, you still have a ton of space to explore the meaning of the conversation in how your characters react.

When my protagonist has a few mumbled conversations with her grandmother in Russian in the book, I didn’t bother explaining what the grandmother meant. I only explained how it made my MC feel, and I think the scene is better for it.

Transliteration is ultimately your personal choice, but definitely think about how you’d react to another language in real life. That’s where the real writing begins!

Working another language into your work is a daunting task, but it doesn’t have to be. We live in a world where it’s easier than ever to learn new things and meet new people. There are so many resources for writers available right now.

I mean, honestly, could you imagine trying to learn another language for a book even 50 years ago? No thanks!

When you’re working with another language, the most important thing is to treat it with respect.

Devote as much time to it as you do to the rest of your novel. With the right amount of effort and care, adding another language can give your writing life in an entirely new way. Not only that – it can help you understand the world around you. 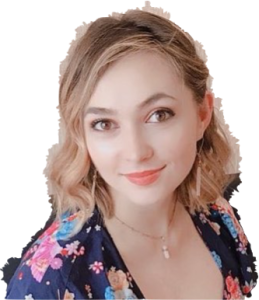 Victoria Masters is a billion-year-old witch moonlighting as an American expat currently based in St. Petersburg, Russia, where she works as a freelance translator and editor.

She holds a degree in Screenwriting from University of California- Irvine, where she was a recipient of the Outstanding Screenwriting Award.

She is an experienced script doctor with more than 50 screenplays under her belt. Her fiction has been featured in The Furious Gazelle. In 2018,

Victoria completed her first novel. She is currently in the revision process and plans to query later this year.

When she is not writing, Victoria spends her time studying Chinese and hanging out with her cat.

Whispers of the Vein (working title)

To Lera, nothing can be worse than moving from LA to Saint Petersburg, Russia to live with grandparents she’s never met and can’t talk to.

Except for the fact that her father is dead—or so she thinks, until she learns a group of magical imperialists known as the Rationalist have kidnapped him.

They’re planning to use him for human sacrifice in order to streamline the process of magic, and they don’t care who they take down to get there.

Lera knows what she has to do: train her magic, save her father, and along the way, the world.

But as Lera gets further and further sucked into the beautiful yet dangerous magical world, she’ll discover that the most dangerous enemies are the ones closest to home.

One thought on “Working with another language by Victoria Masters”