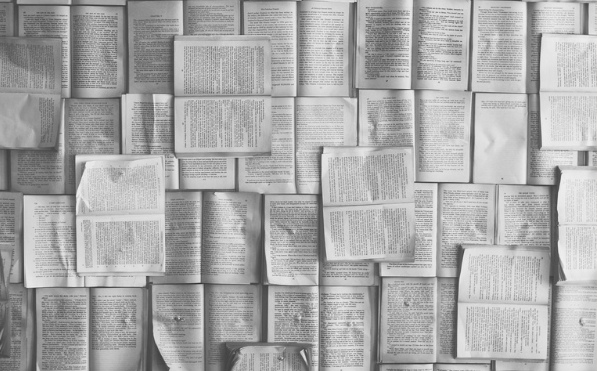 Today I welcome the lovely Evelyn Silver onto my blog, who shares with us her advice on writing an ongoing online series.

Thanks so much to Evelyn for being today’s guest poster and sharing her experience and advice regarding writing an online series.

So, a little background about our online serial first: my girlfriend, Ruby Raven, and I started writing a roleplay together a few years ago, in part because our relationship is long-distance and our story was a way to create intimacy over distance.

After a while, we realized we really had something good and worthy of being shared with others, and so decided to put in the work to make it shareable. But what kind of format became a question for us.

We could have picked a traditional book format, but there’s an endpoint to every book or series, and we had a roleplay that’s continuing even now.

Additionally, our particular brand of romance (polyamorous bisexual paranormal romance with vampires) is just a little bit niche. As a result, we decided not only to not do traditional publishing but to try something different even from independent book publishing.

We decided not to publish a book. Rather, we chose to create an ongoing serial. But what are the benefits of writing a serial rather than a book? After all, if you write a serial, you have a much smaller chance of ever holding your written book in your hands.

But, I would argue that there are many benefits to writing episodically rather than in book format.

Serials have a long literary history. Many classics first found their start in serials published in magazines or in parts – The Count of Monte Cristo by Alexandre Dumas, A Tale of Two Cities by Charles Dickens, and The Secret Garden by Frances Hodgson Burnett are just a few famous examples.

Chapters were published on a regular basis in parts, enthralling readers with each new instalment. While our work is very different in many ways from these classics, we like the concept.

If you write a book, fans will read it in one shot, and be done with it. Maybe it was good and lingers, but many readers will continue on looking for the next literary fix, reading the next book, impatient for when you’ll release book two and wondering why it’s taking so long.

If you do a serial, you give them a little something every week, keep them interested in your world like a television series. This allows you to build more of a dialogue with your audience as you work on your serial.

You can find out almost instantly from your weekly readers and can use the feedback to help fine-tune your work as it continues.

There really is something to be said for the benefit of hearing back that something lands well, and deciding to perhaps amplify it more than you originally planned in the future.

You get that connection to readers through this interaction that you would miss out on if you were to write a book published all at once.

Though, of course, the ultimate power of creation rests in your fingertips and keyboard! You aren’t required at all to obey the whims of potential fans.

How to Survive the Perpetual WIP

That is one of the key differences between a serial and a traditional book format; the fact that it is a perpetual ‘WIP’ (Work In Progress), as indicated in the title.

It may never be finished, though you may have an endpoint in mind and chose to finish it at some point. Potentially, it can keep going forever if you’ve got a good world and compelling characters.

The most important thing in keeping a good story going is having a plan and preparing in advance. You will have days where you just don’t want to write, where the writer’s block hits.

You are not less of a writer if you fall into a slump – everyone does. Additionally, life happens, and sometimes you just don’t have time to write for a week or two.

Hospital visits, new jobs, relationship drama, family vacations, and whatever else might happen – remember that things happen because that’s life. Since things happen, you need to be prepared.

We’ve found it’s best to have a month’s worth of future posts prepared ahead of time at any point, at least. More if you’re able! Before you even start to release chapters, have as many as you can, written in advance.

It will ease the stress of having a weekly deadline immensely, trust me.

This way, if you miss a week of writing, you can keep posting without any problems. Set a schedule to give yourself time to review, reread, and edit the chapters that need to go up, and to write the next few chapters ahead.

Be in love with writing. Keep an outline of what you want to do if outlining helps you schedule yourself. You may have a great idea, but if your execution fails, then no one will ever know.

While you can simply do ongoing chapters forever, we feel it’s a good idea to break your work into parts, ending after climactic points but leaving some open ends.

This gives both you and your readers a sense of completion and accomplishment similar to writing/reading a traditionally written novel but allows you to keep the ongoing serial format.

These may later even be formatted into books if you want, giving you the best of both worlds. That said, they might not – you can format them as novellas, a few books, and a few novellas, just ongoing plot cut into parts at a few good cliffhangers.

There’s much more fluidity in a serial than in a book because the traditional three-act structure can be thrown right out the window if that’s what you choose. 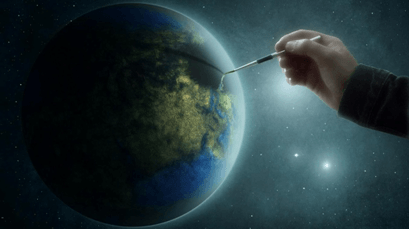 What do You Need for Your Story to Succeed?

Other than dedication, having a solidly built and interesting world is probably the next most important thing in creating an ongoing serial.

Characters are a driving force in any story, but if you end up reaching a good ending for a particular character’s story arch, it may be time to explore another aspect of your world and other characters in the world.

And so, you need to know all the rules of your world. If you have magic, have set rules and do not deviate – the last thing you want are plot-holes popping up.

If you are doing sci-fi, know all the limits and abilities of your technology and have fleshed out societies with rules that do not change if you forget a detail and fill something in on a whim. Apply this theory as needed to whatever genre you write in.

For example, our paranormal romance has vampires and witches, and so we ironed out the exact rules for our vampires and magic system from the beginning.

And, of course, you need memorable characters. But the rules for these aren’t any different from writing any other genre so I won’t go into a lot of detail here to save on space.

What I will say is that there is so much more space to really delve into your characters when not limited to a book format.

It’s really akin to comparing a movie to a television series. Buffy the Vampire Slayer wouldn’t have been able to have an intensely human episode like “The Body” and also romance and multiple deep friendships along with all the action, world-saving, magic, etc. if it had been in an hour and a half long movie. The same goes for a serial as compared to a book.

Where to Put a Serial?

The website Wattpad is an excellent resource for writing an online serial, though there are certainly other similar avenues out there. You could even create your own by making a blog, updating weekly with chapters and creating a table of contents to help navigate in order.

Another alternative could be creating an email subscription and sending out chapters each week via a link to a ‘view only’ google document with all the chapters – though this would eventually need to be broken into parts, as documents that are too long will be difficult to open.

Patreon is also a good resource, as it also allows you to generate revenue from your online serial. Use Patreon and similar resources to provide your fans with an opportunity to support your work.

Serials are on the rise all over the internet. People have always loved reading them, the same way they love comic books and various television series.

With the ease of access and ability to publish in many places online, they’re more available than ever, even if traditionally published books still get most of the flashy advertising and attention.

There’s so much fun to be had with a serial, that the ability to publish what you want and publish it regularly on your schedule is a boon to many writers in love with and dedicated to writing.

Evelyn Silver lives in Florida with her husband and their girlfriend.

She has a BA in English and enjoys vampire novels, random anime, and video games (FOR THE HORDE).

She sews her own clothes (poorly) and somehow manages to kill every plant she ever tries to care for.

In her spare time, she lives in a cubicle writing propaganda for the man, because her soul can apparently be bought for an hourly wage and the promise of food.

Evelyn met Ruby in college, where they began their relationship, but ended up moving apart and dating separate men.

When the opportunity arose, they decided to rekindle their relationship, and proudly joined the ranks of the polyamorous community.

They saw a lack of the sort of romance they wanted to read and wrote it together, now hoping to share their hearts with you in their online serial, The Bloodline Chronicles.

Bala Sinclair is a witch of Caribbean lineage with a dark past and terrifying present.

Resisting witch hunters bent on magically enslaving her to use her gifts against her own people, her salvation comes from an unlikely source: a band of vampires willing to help her… as long as it suits them.

Seeing her as a source of information and a potential threat, the beautiful but deadly Knight Commander Marcelle makes Bala the vampires’ captive in the hidden palace serving as the capitol for the secret vampire kingdom in modern-day America.

As the first witch to step foot in the elegant place, her future is uncertain, held in the hands of the mysterious pureblood family ruling the vampires, including the otherworldly, powerful, soon-to-be king of northeastern America, Setanta, rather, CuChulainn of Irish legend.

The Bloodline Chronicles is an ongoing serial about bisexual love blooming in a paranormal world in which polyamory is ordinary and hedonism is commonplace.

At the same time, it is a story about political manipulations, power, and the struggle for survival. 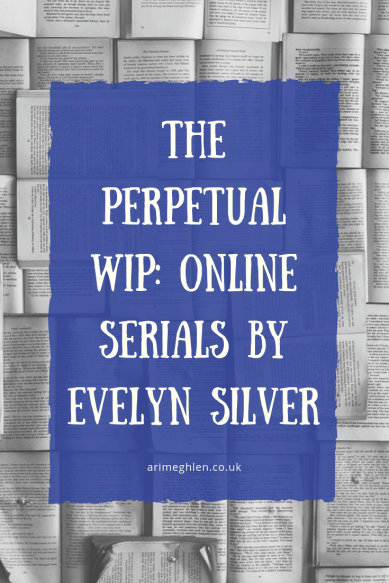 Hi, I’m Ari.  I write mostly fantasy & sci-fi stories, meaning I spend almost no time in reality. Though I do visit it on occasion.