My friend and author Matthew J Mimnaugh has once again agreed to guest post on this blog.  Enjoy!

Whenever you master something, be it in writing or any other discipline, using that new skill can be a subconscious action.  You don’t think about moving your arm like a child does; you just do it.

I don’t get writer’s block.  Yeah, I know, it’s jealousy-inducing, but I have plenty of other flaws, so don’t worry.

I have trouble establishing momentum and easily get distracted, so trust me, I still have my share of shortcomings. Writing is a skill in constant need of honing for me too, just like the rest of the world.

So, why do I mention this?  Well, like anyone who masters anything, I rarely consider writer’s block.  I just operate as if it doesn’t exist.  Nevertheless, something happened to me that gave me a bit of perspective.

For all of you who don’t know who I am (not a very exclusive club), I prefer my writing to be illustrated.  Whether illustrations should or should not accompany fiction is a topic for another time, but suffice to say I needed an illustration—and one that, I believed, fell into my very narrow artistic skillset.

I needed to design a ship.

Working on a piece of science fiction, I detested the idea of my story taking place on a ship without knowing how that ship was laid out.  Perhaps I am a little too literal and setting-centric with my writing, but to me, it would be like having a story take place in a house with no floorplan.  That would be silly, right?

Nevertheless, sitting down to create the ship, I worked for hours, getting nothing done in the process.  I thought up idea after idea, getting frustrated and losing confidence, all because a ship wouldn’t magically come together.

Annoyed, distractible, and under the influence of a deadline I strived to put out of my mind, I finally made a decision: start somewhere and keep working.  It was the little magical spark I needed to get the boulder rolling and soon I had an avalanche of progress, generating an awesome ship.

For those who don’t know, a beachhead is this: a secure initial position that has been gained and can be used for further advancement.  I had found a creative beachhead.

Though I was making progress, I deleted a lot along the way, adjusting, resizing, and recalculating.  Nevertheless, there was always some little cornerstone to anchor everything to my little stronghold.  A lot of discarded work, but an actual result: 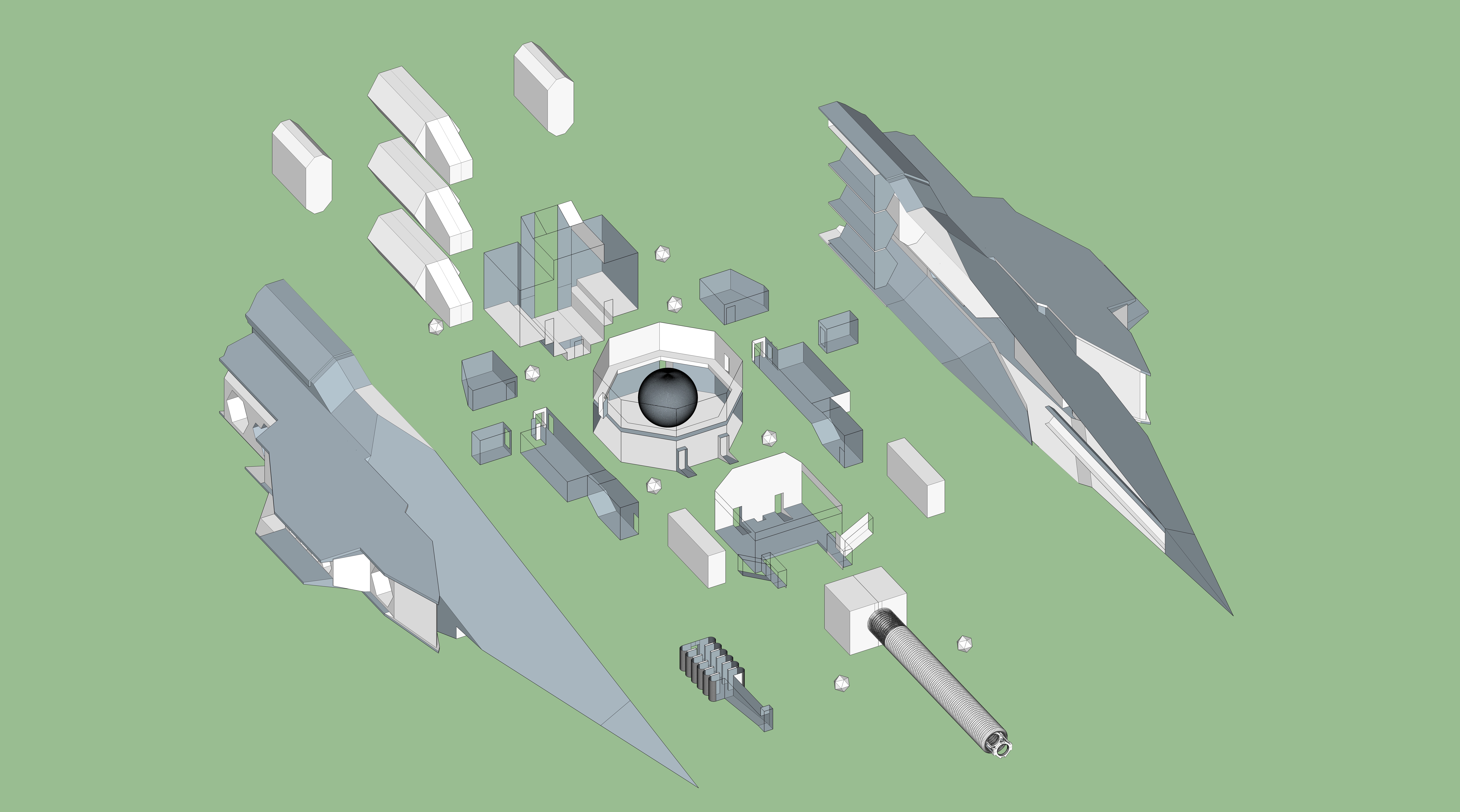 And, with that design, I could go on to polish it with the help of an illustrator: 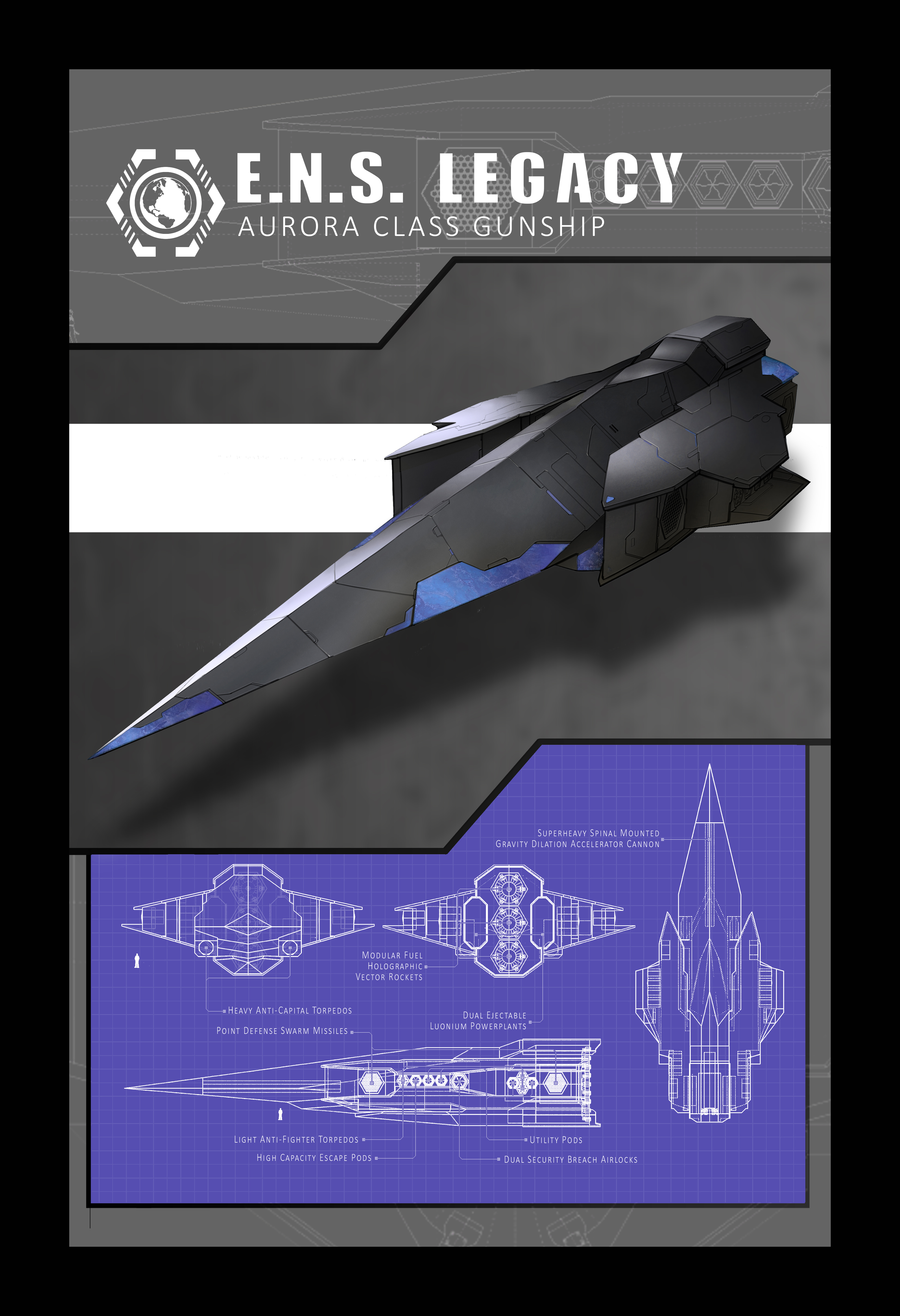 Seems like a nice little anecdote, but there’s a point coming any minute now.  At the time, all this represented to me was a personal success, which is a reward in and of itself.  Celebrate those.  You never know how rare they will be in the future.

Anyway, as I was thinking it over I remembered my little ship dilemma and it clicked.  What I do—what I just do without thinking about it—is write through the problem and discard anything I don’t like later.

So, as a little micro lesson: if you suffer from writer’s block, one method is to just start writing and accept you will have to wander a while before finding a path.

When Ari reminded me of my guest post, I wondered what to address.  This seemed like a good topic.

Often, we as humans learn something to the point of mastery.  We forget all the things we master.  Chewing.  Sitting.  Breathing.  Sounds silly, but there was a point where we had trouble with these.  Whatever a little mastery is, we do it with such splendid proficiency that we don’t even think about it.  If another person asks how we do it, often the answer is: “I just do.”

Try to deconstruct these (the more complex ones) and really dig deep into the “how” of your little masteries.

Often it will have an application that you can use to better your writing; what’s more, it isn’t some little something you read in an article or blog post (getting a little meta here, I know), but rather a principle that is reinforced by your own experience.  You have firsthand proof of its veracity.

And, in the event you can’t use it to better your writing directly, you can definitely use the knowledge to make a character more authentic in fiction.  These types of truths tend to have far-reaching implications and no story is ever hurt by appealing to one’s appreciation of reality, conscious or unconscious.

You are a trove of sublimated information, skill, and action.  You are a wonderful engine of adaptation that takes all of the hard things you encounter and, through stubborn persistence, conquers obstacles only to move on to the next one.

When you have some time, take a moment to look back on your vanquished challenges.  You will be surprised what there is to learn from your forgotten masteries.

Matthew J, Mimnaugh is a science fiction and fantasy author specializing in worldbuilding and developing his stories to almost overly realistic ends.

He enjoys learning and tackling the hard issues in his work, unwilling to back away from a creative challenge.

He has some awards and publications, but those don’t matter (they are all academic).  Look out for his fiction; it is coming soon.

500 years after the Great Exodus, tucked away in an obscure galaxy where mankind can mend itself in peace, JP “Sol” Starwind and Danther Minth run from an outstanding gambling debt. But debt is a wolfhound and its owner, Khal Dowin, is a hunter.

And, after seven years of running, they have finally been found… or have they?

What if Khal knew exactly where they were the entire time?

What if the millions of credits Danther owes is simply a means to acquire something more valuable?

And what if this insignificant spark of everyday human conflict burns near a powder keg… an errant coincidence that happens to attract the wrong monster.

All the seas churn when the leviathan dances.

Big thanks to Matthew for joining us again and sharing his thoughts.  Do check out his links and leave any comments for him below.

I’ll be back tomorrow, see you then. 🙂

6 thoughts on “Forgotten Masteries: Pulling Tips from Your Own Subconscious”