For those of you who’ve been following this blog, you probably know that earlier this year my partner and I took the Bold Move to up sticks from England and move to Northern Ireland. 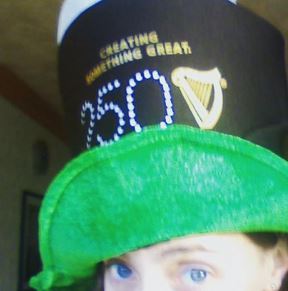 Now, this may not sound like a big deal.

Especially as I am from the North of England so a quick hop on the ferry and boom, in N. Ireland.

However, I suffer from Severe Anxiety and the concept of moving out of my hometown, away from what I know was… daunting to say the least.

Never mind the logistics of the move and strange learning curves… like needing a new Driving License, even though Northern Ireland is part of the UK.  Weird!

Times they are a-changin’

One of the reasons we decided to move, was the company I worked for was closing its office in my area and my partner had left his job as it was making him miserable.  So we were in the best position to do something radical.

We needed a fresh start and he had applied for a job in Northern Ireland and has family there (he’s Irish), so we thought.  To hell with it, let’s go!

We have 3 cats (2 elderly ladies and a thinks-he’s-a-kitten, gentleman) who did not make this move easy.  Though they were definitely in the thick of it. 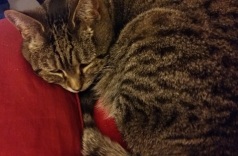 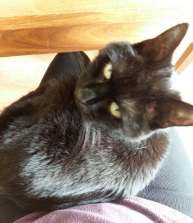 Firstly, they all needed check-ups with the vet to make sure this journey would not, you know, kill them.

We then had to dowse the house in Feliway for like a month before we moved to keep them nice and calm-ish.

Next, there was the decision to get new cat carriers so they could survive the long trip without freaking out.

Since we were going to be driving, then taking the ferry, we needed carriers big enough for them to stand and move around/shift position. 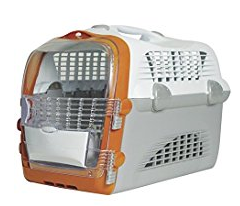 Seriously, I can’t recommend these Catit Design Cat Cabrio Carriers enough, they made putting the cats in easy as there is a front door and also a top loader option.

They are a lot bigger, had loads of ventilation and removable food/water bowls in the door.

In fact, when I removed these bowls my hand could fit through the space allowing me to reach in and stroke them 🙂

Our cats also made sure to check that the boxes I had, for packing all our items, were good quality and sturdy.  This included chew testing, sleep testing and hide testing. 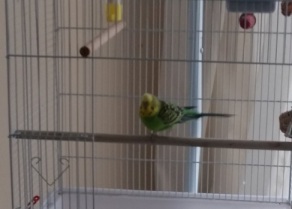 Sadly, we couldn’t bring our little budgie with us *cries* because he was an extremely nervous bird and didn’t travel well.

The welfare of our animals is the top priority.

We took the (sad) decision to find him a new home and a lovely woman who has other birds took him in so he has new friends and we’ve been told is having a grand time! 😀

Since this was a time we would be finding our feet, we were to move into my partner’s mum’s house while we get settled.  This meant we had to downsize…on a massive scale.

There was a lot of strain in the downsizing and dealing with the general public while selling furniture and appliances.

Due to this, my anxiety was constantly at Def-Con ‘oh shit’ and I often had a few meltdowns and some crippling panic attacks every week.

When that happened we took a timeout and re-grouped with tea and coffee and had some general chit-chat with the feline management.

We’re leaving on a … ferry

I hate to fly and I knew our 3 indoor cats would not do well on a plane, not to mention the risks, so we ended up driving (with the cats) up to Scotland to get the ferry across to Belfast and then drove down.

The reason we did this rather than go to the Liverpool ferry was so we were with the cats for the drive and they only had to be on the ferry, alone in the car, for 2 hours (not 8!)

And damn does your ass hurt when you drive for 3 hours straight but the view was nice.

The ferry was only two hours.  We sat in the executive suite because heck we wanted to travel in style and we got this awesome window seat over the bow of the boat.

The sky was clear, water was calm.  Just what you want on a ferry crossing.  Also, free tea, coffee, snacks and pastries.  Other than my constant worry about the cats in the car, it was pleasant.

We’ve been in Northern Ireland for 3 months now and while I am still settling in, I feel a lot better.

There are some days when I really struggle but overall, I am proud of doing this and managing my anxiety, that on some days felt like it was going to kill me.

We get stunning sunsets, warm sunrises and our view includes mountains!  Also, Ireland seems to have rainbows every week!  😀

This means I have more time to blog, more time to plan and write and even managed to get my manuscript plotted out into its relevant chapters one sunny morning.

We live 10 minutes away from a beach that we’ve been to (found an awesome rock, will have to add his photo later).  We’ve been to a local park that hosted a reptile event and I got to hold a pretty boa called Ruby (when I find my other camera card, I’ll add her photo!)

I have more time now so have been able to focus on my online shop (which is great since I am now in the middle of the Christmas rush) and my writing.

I still have some bad days.  In truth, today is a bad day but I didn’t want to get swallowed up by my mood or my anxiety attack.

So I wanted to write this post and remind myself of this adventure, and that we made the right choice moving.

17 thoughts on “An English Lass in N. Ireland”